After travelling around South America for 7 months I decided to do some volunteering and by searching the internet I found Sustainable Bolivia, and it 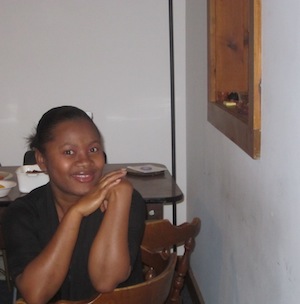 I came across Sustainible Bolivia as I was looking online for a non-profit organization to do an internship. I was skeptical about it in the

On a whim, I did an internet search for volunteer work and found Sustainable Bolivia. I hadn’t planned to go to Bolivia, but quickly changed

After travelling around South America for 7 months I decided to do some volunteering and by searching the internet I found Sustainable Bolivia, and it was great for me as it was easy to organise and being at the end of my budget it was still affordable. It was also good as there were various projects which could meet my interests. I volunteered for Colonia Ecologica, which was an orphanage and also somewhere local children could go for support with their homework.

It was great volunteering in such a positive environment especially after traveling around and seeing a lot of children working on the streets. The kids were all really happy and enjoyed seeing new volunteers. The children went to school in the morning and then Colonia had a general structure set up for the week, so I got there during lunchtime to help the kids with some of their chores in the kitchen or in the garden.

Then it was homework time! The age of the children ranged so sometimes this involved helping them read, practice handwriting or maths, so I had to brush up on my long multiplication skills! I had basic Spanish and this was a good time for me to practise and learn more, it was sometimes difficult as I couldn’t always explain things but the kids are good at describing things and are generally interested in talking or playing! There was time at the end of the day for some play time or just for chatting and this was fun!

During my month there, it was really great to get to know some of the kids better and see their positive energy. There was also football on Saturdays which was really good fun, the kids really loved it! Sustainable Bolivia also set up my Spanish lessons which were really good, and my teacher really catered to my needs. She was very friendly and went that extra mile to help me. I also learnt a lot more about Bolivian culture, such as the afro-bolivian population which was great. I lived in the volunteer house which was really nice and so good to have some home comforts after spending a lot of time in hostals! Cochabamba was a cool city to live in and experience a little bit more of Bolivia, so I settled into a good routine and activities with other volunteers were always fun. It was a great experience and I could have definitely stayed longer!

Erik graduated from UC Davis in 2001 with a degree in political science and history. After working for a year as the coordinator of a high school intervention center, Erik moved to Berlin where he conducted research for the ‘think tank’ and development institution, The Rosa Luxemburg Stiftung.

Following completion of his research, Erik began a master’s program in social sciences through the Global Studies Programme. He studied on three continents receiving degrees from the Universities of Freiburg (Germany), KwaZulu-Natal (South Africa) and Jawaharlal Nehru (India), graduating number one in his class. His thesis was heavily informed by research he conducted while working for the Ecuadorian based non-profit YanaPuma in 2006.

After graduating, Erik moved to Bolivia and founded Sustainable Bolivia.  In 2013 Erik worked as a graduate assistant at the University of New Mexico while conducting research toward a PhD in anthropology. Outside of work Erik’s passions include surfing, traditional medicine and traveling.

I came across Sustainible Bolivia as I was looking online for a non-profit organization to do an internship. I was skeptical about it in the first place but after talking to one of the Sustainible Bolivia staff (Alex) I was sure it was the right place for me.

Upon my arrival I was received by a warm welcome from the Sustainable Bolivia staffs and the Cochabamba georgeous’ weather. Interning with Sustanaible Bolivia helps me better understand how fantastic Bolivia is specially when it comes to its amazing culture and people-great restaurants, movie theathers, touristic places, discoteques, and so on.

Everything is just at a walking distance from the Sustainable Bolivia office and housing. Cochabamba itself offers many sites to explore and food is just delicious. I was specially thrilled by the variety of Bolivia’s fresh and exotic fruits. The organization I was working with is called Instituto de Estudios Internacionales de Bolivia( IDEI-Bo).

The staff there are just great and they warmely welcomed me when I first met them. IDEI is an organization partner of Sustainable Bolivia that aims to promote economic and environmental sustainability while providing global educational opportunities and work experience. IDEI works and commits to teaching, conducting research, and analyzing and providing legal assistance to people. The first week of work at IDEI might be hard and bit boring specially if someone does not speak the language and is not interested in political science, law teaching, and international studies. But the staff are so friendly and understanding that you might not even notice so but rather find your way through and get self-oriented/sufficient very quickly. Working with IDEI I was able to contribute to its review (writing/publishing articles), do fundraising, make calendars, film and take picture of its events, working on linking IDEI with other international organizations/ institutions, help designing a course program on defense and security, develop guidelines for IDEI’s best search/use of themes of its interest in its partner organization’s website, among others. I found such a great opportunity in Bolivia and got hands-on experience in those things because of the variety of programs that Sustainable Bolivia offers. I definitely recommend Sustainable Bolivia to any potential volunteer/intern that wish to learn, teach, and serve/help others while at the same time exploring the unique beauty/culture of Bolivia.